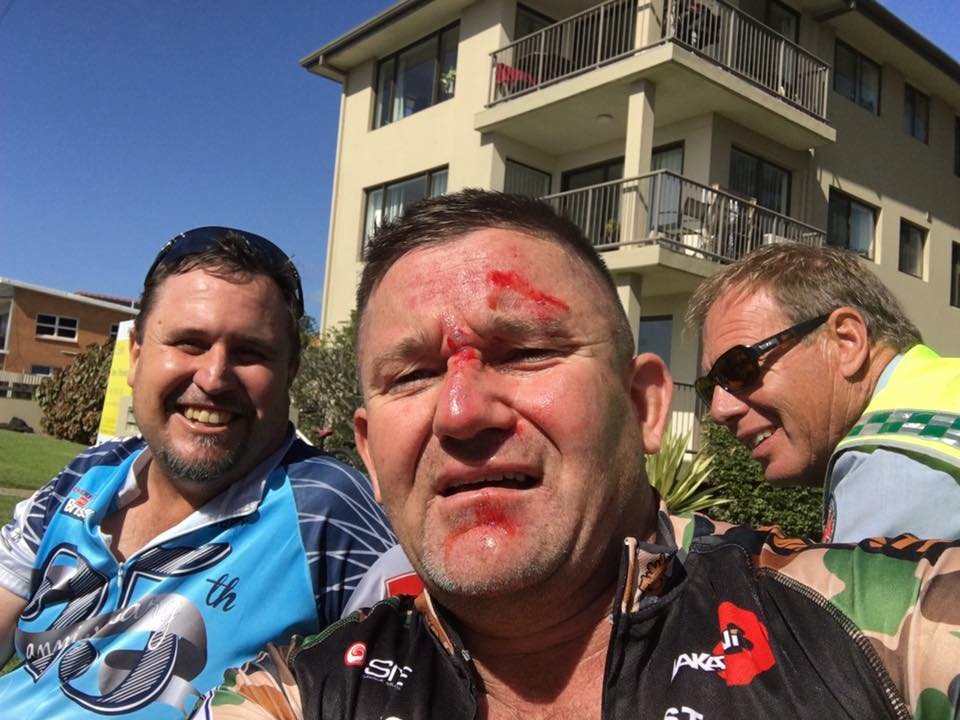 By RideGC
April 24th 2016
Burliegh Heads
Gold Coast Australia
It was war out there today but they all made it home – the wind got the better of some – Mal (bloodied) and Justin and  few other mates traveled all the way into this very unique Gold Coast Cycle event from outskirts of Toowoomba (sorry Mal couldn’t remember your towns name)  Justin and Mal had a wheel hug on the homeward stretch …maybe they could blame it on the wind which added to the challenge, but these two characters still came up smiling, the same could not be said for there poor old overworked bikes.

What a fantastic calibration between Andy Savage and family and the RSL who are the beneficiaries of funds raised.

Bring on Tour of Duty 3 in 2017
Www.tourofdutygc.com.au 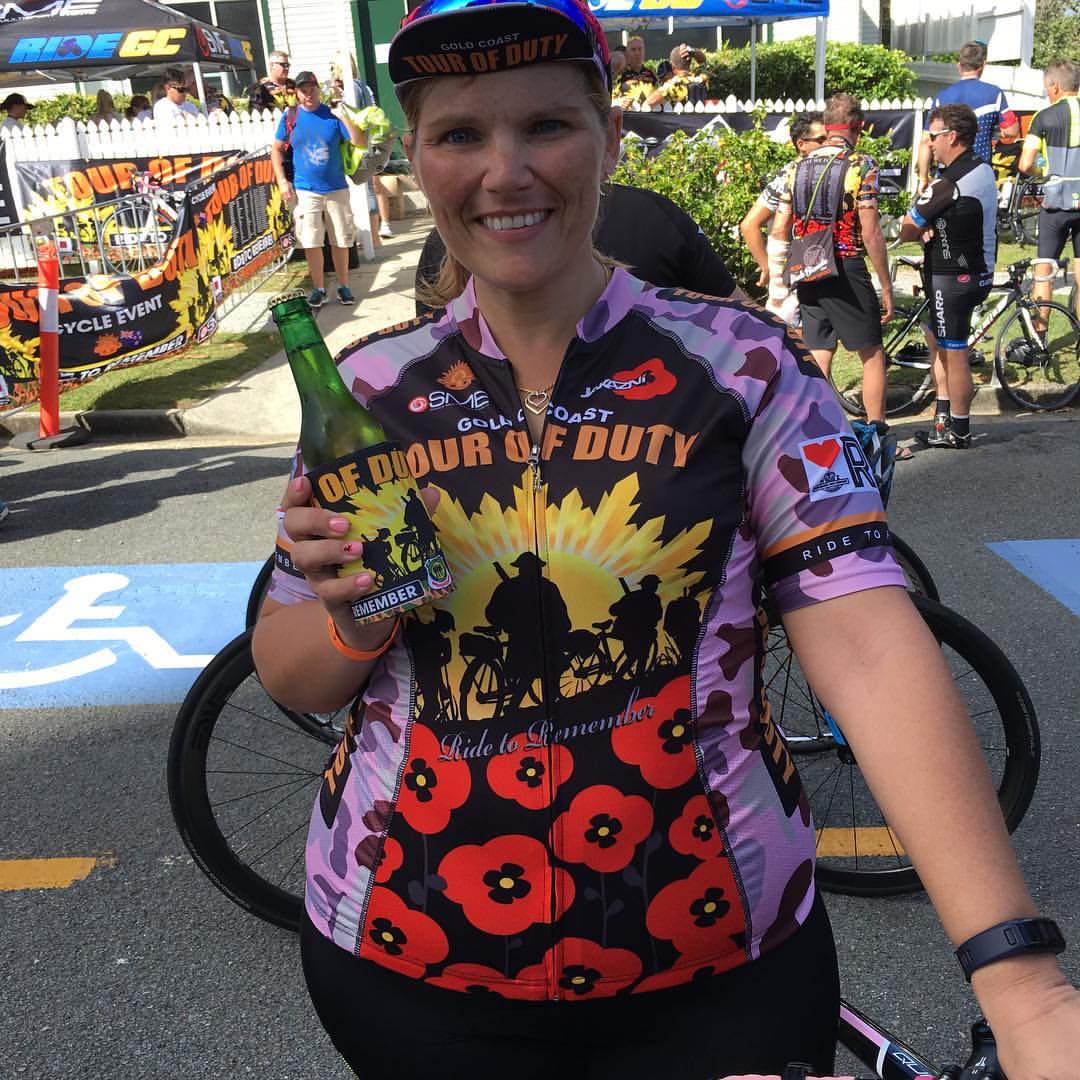 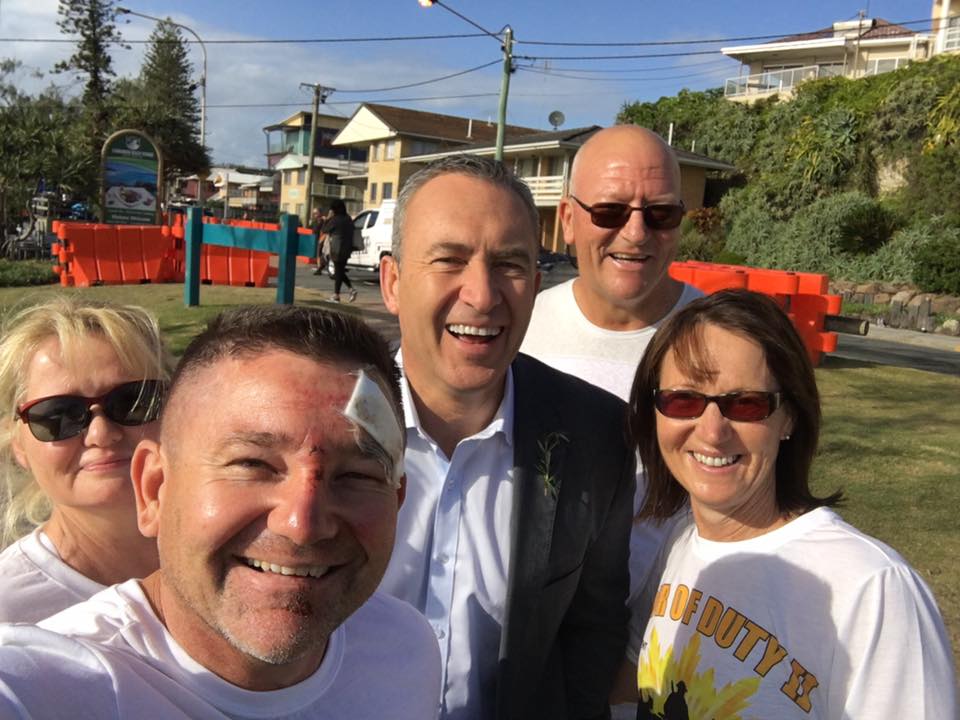 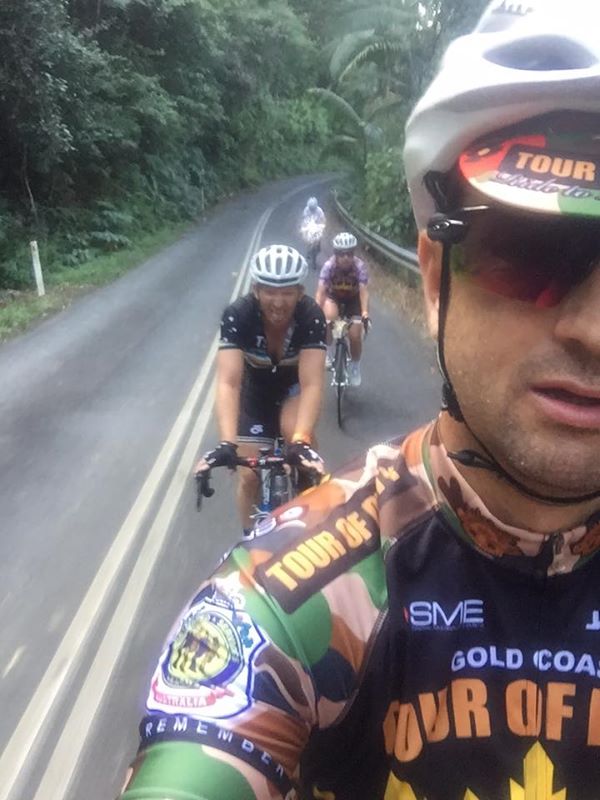 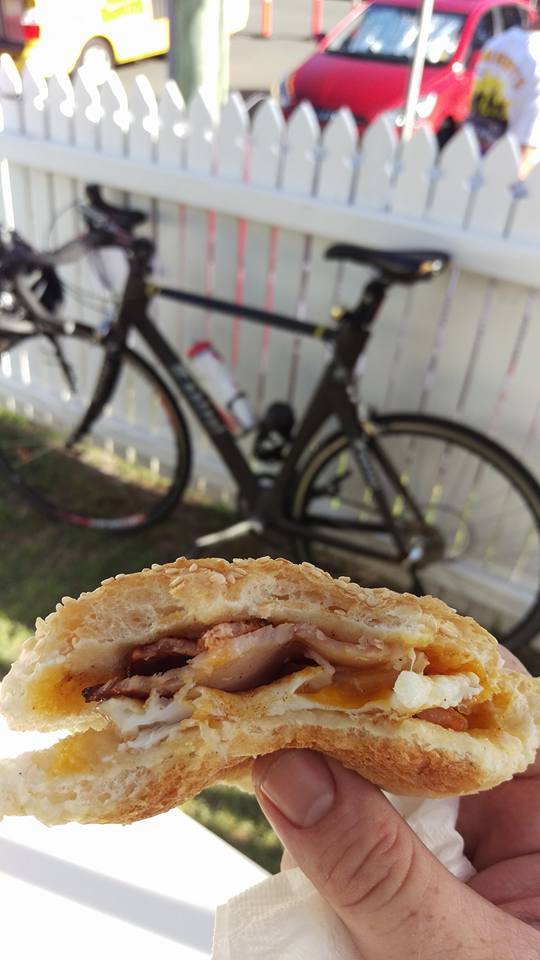 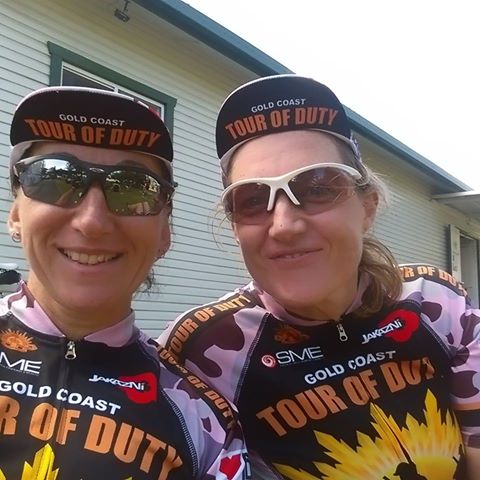 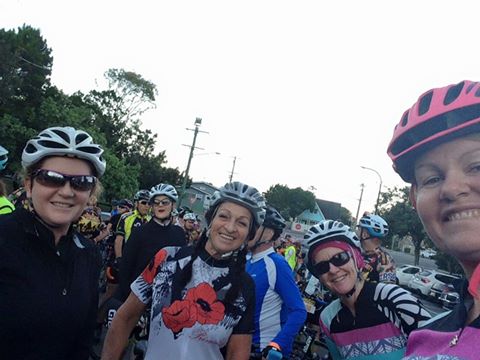 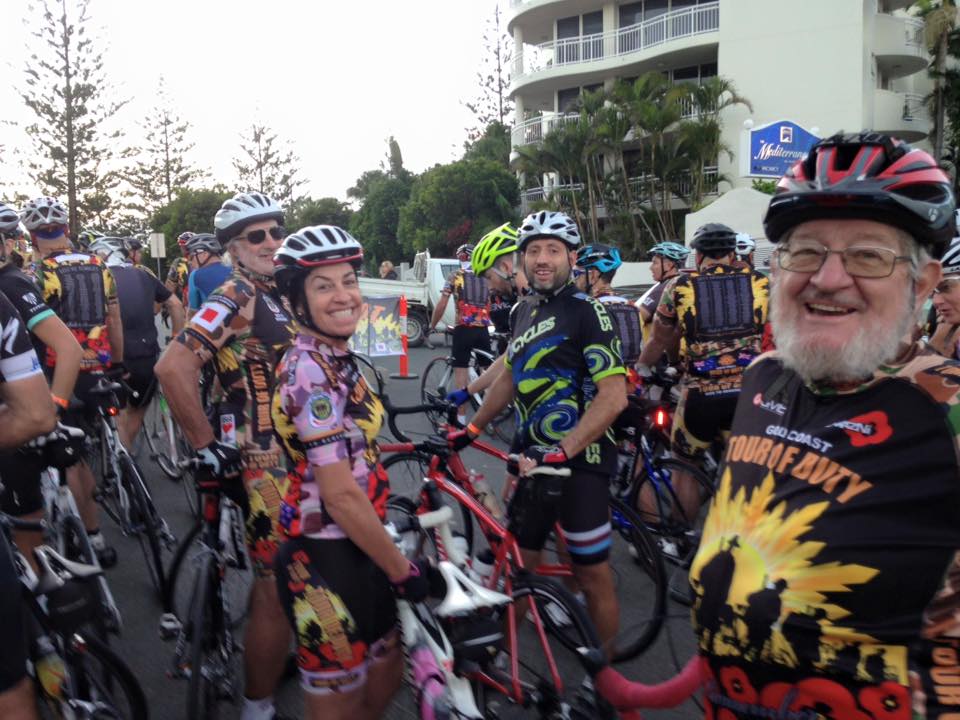 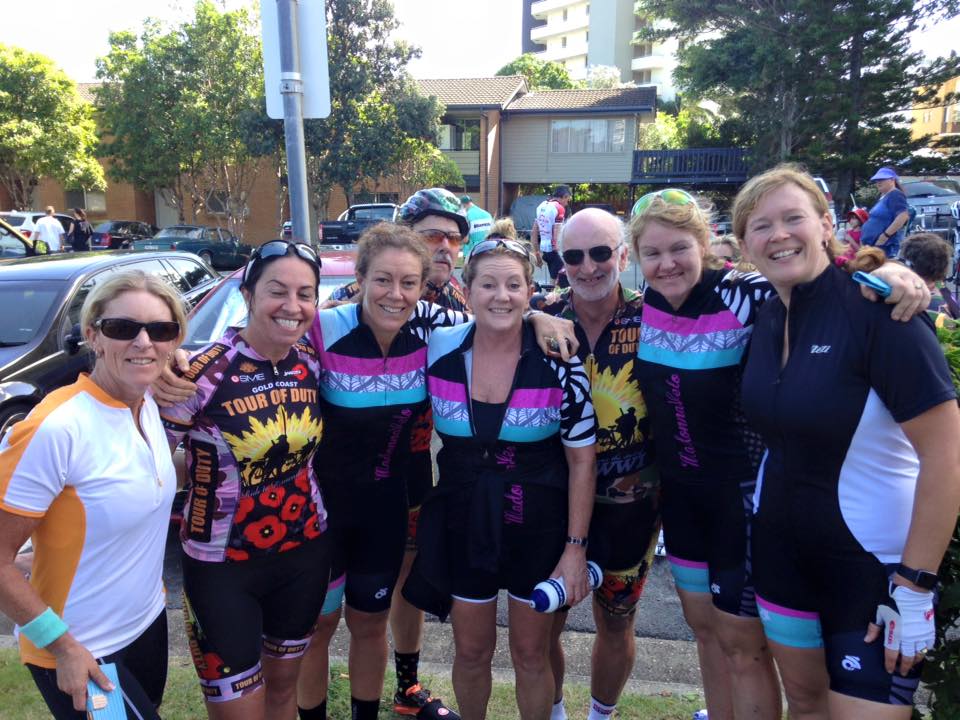 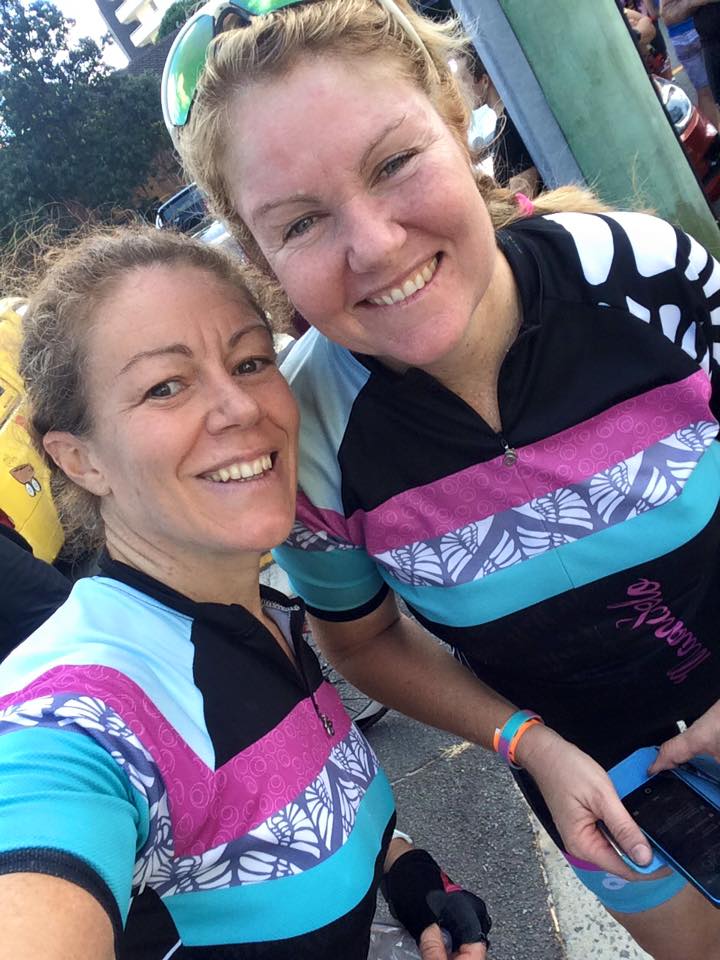 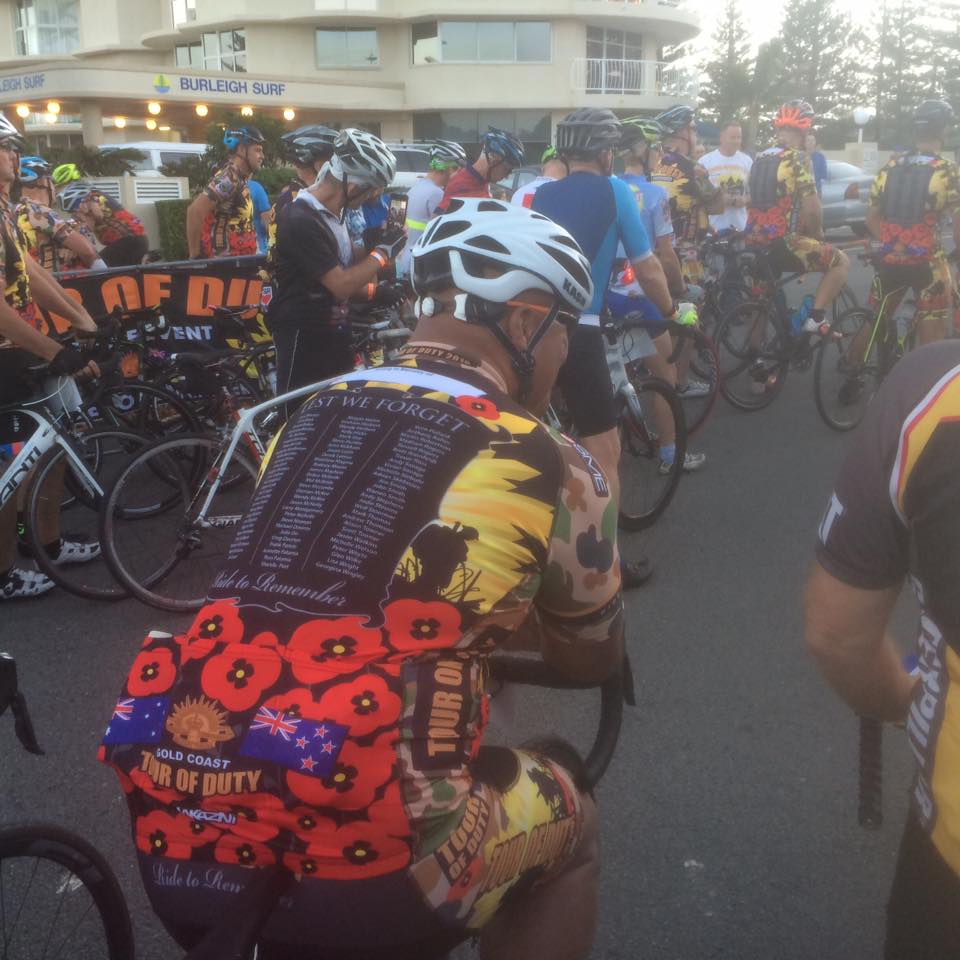 Listening to the howling wind in the early hours of Sunday morning must have been giving everyone who was riding the 2016 Tour of Duty the heebeejeebees! But in true ANZAC spirit, everyone who had registered fronted for the ride! Most were doing the 100km ride. It was fantastic to see so many women in the ranks as well.

The new cycling kit by JAKAZNI was awesome en masse and everyone looked sensational wearing it. The wind stayed around all day but everyone made it back to the Burleigh RSL. A broken collarbone ended one riders campaign.

Although I couldn’t ride this year due to my left arm being in a cast, I did get to enjoy the many emotions of the ride as well as the spectacular scenery as an on-course photographer.

The Scottish piper out at Tallebudgera Valley was a stand out feature. Even the locals were coming out to see what was going on and to enjoy his many renditions of some classic Rock ‘n’ Roll hits!

It really is inspirational to see te riders take on this ride as it’s definitely not flat and the wind made it even harder.

Well done to everyone who took part. I hope you like the images from the one armed photographer!